Chinese Hypersonic Plane Startup Completes Series A Round of Funding 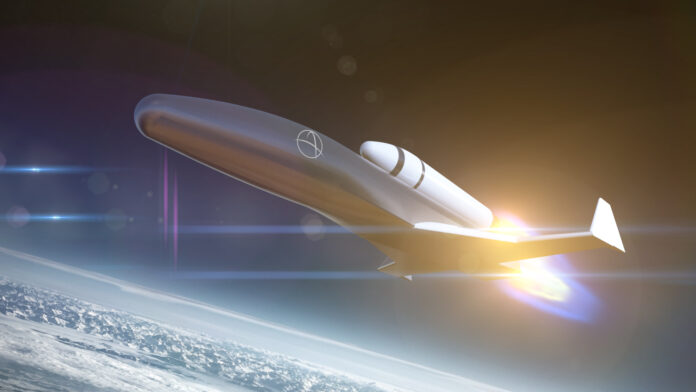 Hypersonic planes are pretty, freaking, cool. Want to get from Sydney to New York in a few hours rather than 25? Or test a widget at Mach 10? Or just land a rocket horizontally, like an airplane? Hypersonic planes could be an answer. While the idea has seen various fits and starts over the decades (RIP Dynasoar, Aerospaceplane, etc), the 2020s are bringing about renewed interest from both state-owned and commercial companies in several countries around the world. One of the more interesting commercial players in this space is the Chinese hypersonic plane startup Space Transportation.

Space Transportation, the new kid on the block (of commercial hypersonics)

Space Transportation (凌空天行) has been on the scene for a little while, but caught a bit more of our attention in August when the company announced an 300M RMB Series A funding round. The company is based in Beijing and was founded in August 2018, and was known up to now as an aspiring suborbital and orbital rocket manufacturer, one among the 15-20+ commercial launch companies that have surfaced over the past 7 years.

It is not necessarily the most well-funded, the most advanced, or generally the most high-profile company, but it stood out regarding its reusable rocket technology choices: exploiting lift generated by a lifting surface. This was in contradiction with the consensus in the Chinese commercial launch sector that reusability would be achieved by a SpaceX Falcon 9-style retropropulsive landing. The CEO is Wang Yudong, a Tsinghua University graduate who has a long experience at CALT including positions as a chief designer and director.

As spaceplane activities on both sides of the Pacific increasingly attract attention due to the potential dual-use of such technologies, Space Transportation came into the spotlight as it performed a number of suborbital tests with clear lifting surfaces visible on pictures. This notably consisted of three suborbital launches:

Let’s break these down and see which ones Space Transportation will actually develop in the future.

How likely is any of this to materialize?

If we were to do a little bit of speculation here: suborbital hypersonic test vehicles for sure (composed of the already operational Tianxing-1 rocket and the Tianxing-2 which just had the first flight). Orbital launch vehicles also seem quite probable, if a second stage to the current Tianxing rockets was to be developed, although this type of product is not mentioned in the recent funding round announcement.

However, the point-to-point space transportation is perhaps more unconvincing, due to safety issues and the very sophisticated propulsion technology that needs to be developed. But then, Wang Yudong does seem strongly driven by this activity if you watch his keynote from 2019.
As for space tourism… it’s hard to say. It may seem a bit less demanding from a technology point of view compared to point-to-point travel, but there’s the question of: is there an actual market for this activity in China? Especially in a society that could be perceived as a bit more risk-averse and with a current political environment where the rich tend to lay low.
Let’s remind ourselves that Space Transportation is still a very young company (founded in 2018!), and we will have to wait and see which path it will take, but when you are a commercial company, sooner or later it is the market that will drive your business decisions. With hypersonic space planes and the associated business in the high-growth phase, but also with many question markets, Space Transportation will certainly be a company to watch in the Chinese part of this very exciting sector.