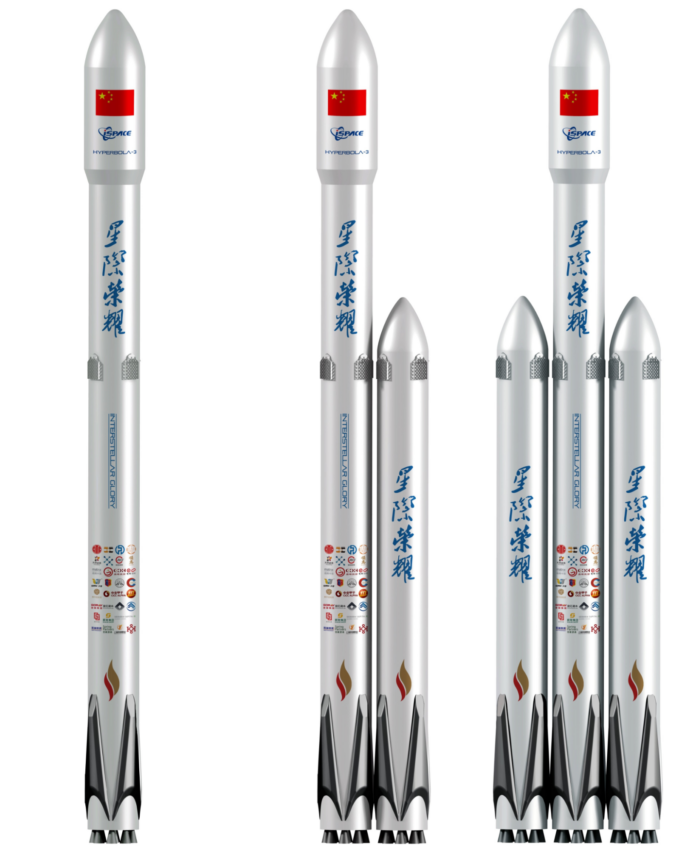 To review the several variants that were announced in June, before deep-diving into the asymmetrical rocket:

The Hyperbola 3 represent the upper end of the Hyperbola rocket family (larger than -1 and -2), providing different payload capacities thanks to 3 different configurations of the launch vehicle:

About a month later in July 2021, iSpace provided some further insights on their decision behind this unusual rocket layout, namely:

Which brings us to the question: why do this at all?

iSpace mentions that the asymmetrical rocket is to have a more versatile Hyperbola 3 family. The Hyperbola 3 with no side boosters has a 13.7t payload capacity into LEO when expendable, and the Hyperbola 3B with 2 side boosters has this capacity increased to a whooping 32.2t. The Hyperbola 3A sits in-between them at 26.1t. Similarly in a reusable version, we get 8.6t, 12.9t, and 14.1t into LEO.
Definitely a more versatile payload capacity to offer to customers, and with minimal development time and costs due to the modular approach, according to iSpace.

If iSpace actually pursues this solution (remember, we are still at a very early stage) and is successful, it will be a clear demonstration that Chinese commercial launch companies are also able to innovate, rather than just “copy” SpaceX technical solutions. And in the meantime, we have further validation that iSpace is one of China’s most innovative, leading commercial launch companies.