Taming the Sun: China’s Plans for a Space-based Solar Station 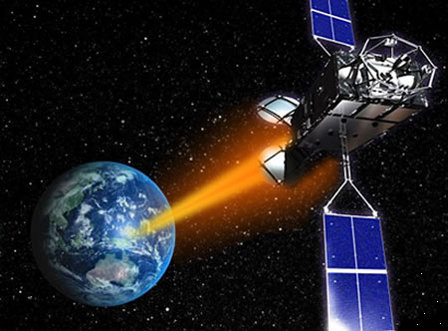 The sun is an amazing source of energy that we have only started exploiting a few decades ago. Although photovoltaic technologies are becoming increasingly performant, the amount of energy collected is unavoidably limited by uncontrollable meteorological factors. To circumvent this issue, engineers came up with the idea to install photovoltaic systems where the Earth’s atmosphere cannot interfere: in space. Today, many countries are developing space-based solar stations, including the US, the EU and China.

In July this year, China kicked off the construction of its first space-based solar station experimental industry base in Bishan District of Chongqing, one of the four provincial-level municipalities of the country alongside Beijing, Shanghai, and Tianjin. According to a report by Chongqing Daily, 2.6 billion RMB (roughly 400 million USD) should be invested into this base which will cover 200 acres/0.8 km². This experimental base will aim at demonstrating the feasibility of space-based solar harvesting, and notably technologies such as the space-to-ground transmission of energy through microwaves.

Before digging into China’s plans, let’s first look into the incentives and technological challenges linked with the development of space-based solar stations. The idea of developing space-based solar stations, which dates back to the 1970s, stems from the fact that solar stations on Earth are hampered by the presence of clouds, which can block sunlight and make solar panel effectiveness drop significantly. Even when there are no weather issues, there is always some level of atmospheric absorption, and more importantly, solar panels are only able to work during the daytime, in other words, 12 hours a day on average. Installing a solar station in space makes all those issues go away: the solar station benefits from a continuous 24/24 amount of sunlight, without the attenuation from clouds or atmospheric effects.

Yet there are significant technological challenges associated with space-based solar stations. First of all, solar stations able to generate enough power to be significant on the ground are heavy since very large surfaces of solar arrays, as well as powerful microwave transmission systems (SSPA, TWTA, …) are necessary. For instance, according to a researcher from CAST, a MW-level solar station would weigh 200 tons – which is unimaginably heavy, and inaccessible for currently operational launch vehicles. On a more positive note, China is developing the Long March 9 and Long March 5DY for crewed lunar exploration, two new rockets with the ability to put up to 150t and 70t into LEO respectively, according to the latest iteration of the rockets presented by Long Lehao, the chief engineer of Long March rockets at CALT. Fun fact, Long Lehao mentioned that a GW-level station with a lifespan of 30 years could weigh up to 10 000 tons, which would require 143 launches of LM-9!

Beyond the massive payload weight, other challenges with space-based solar stations include the efficiency of the transmission systems and the size of the receiving stations on the ground.

In terms of timeline, China has had space solar power systems on the roadmap since 2008, when the technology was added to a national-level preliminary research plan. The decision to have the first industrial base on this technology located in Chongqing was made in 2018, and construction has been underway since last month. Players involved are notably Chongqing University, Xidian University, and CAST’s Xi’an, with the project being under the leadership of Chinese academician Yang Shizhong. According to the recent report by the Chongqing Daily, the next step would be a first small-scale prototype to be sent into the stratosphere (altitude of 10-50 km), which is above clouds and the most dense parts of the atmosphere. This would be achieved by 2025. The next steps will be larger-scale prototypes, such as a Megawatt-level experimental space-based solar station in 2030 and the Gigawatt-level station in 2050 mentioned by Long Lehao.