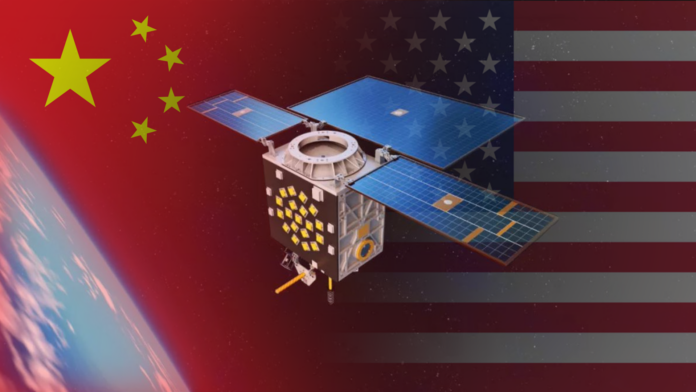 For Dongfang Hour co-host Blaine, an American who has spent close to a decade living in China, the current state of US-China affairs is often hard to watch. Whatever your views are on the politics of the situation, on the individual issues that the two countries face, and on who might be right and wrong, it is hard to argue with the fact that the US and China seem to be getting further apart, that there is less common ground, and that these two countries that speak very different literal languages are also speaking increasingly difficult figurative languages too.

With that being said, despite this time of increasing friction between the two countries, there are still attempts to bridge the gap. In the space sector, despite sensitive technology, government contracts, and rockets, lots of rockets, there have been efforts on both the Chinese and the US side to increase understanding. One of Dongfang Hour’s first real experience with these efforts occurred in April 2019, when at the China Space Day Conference in Changsha, Blaine took part in a workshop discussing US/China space. On the Chinese side were such esteemed participants as China Great Wall Industry Corp, CASIC, and the Chinese Society of Astronautics, while on the US side there were a PhD from Cornell University, a representative from the Secure World Foundation, and a representative from the Caelus Foundation, as well as US diplomatic personnel in attendance. A followup workshop occurred on the sidelines of the IAC in Washington DC in October 2019, joined by Landspace, Ultimate Blue Nebula, and the Beijing Institute of Technology, as well as a handful of US commercial and government participants. Overall, the outcomes of these workshops were relatively open, optimistic dialogue.

The past several months have seen a significant undertaking by the SWF and Caelus to help further bridge the gap between China and the US in the space sector, this being the report Lost Without Translation: Identifying Gaps in U.S. Perceptions of the Chinese Commercial Space Sector. The report was an eye-opening one, the first of its kind, interviewing a variety of stakeholders from the US space ecosystem about their perceptions of China and its space ecosystem. The report was authored by people who had experienced the Chinese space sector firsthand, including one of the participants in the aforementioned Changsha workshop in 2019. With the authoring organizations also both being non-profits, the report provides a balanced and fair perspective on the current situation, with limited ulterior motives beyond trying to continue the peaceful and sustainable development of the commercial space sector.

On the Dongfang Hour, we got the chance to sit down with two of the report’s authors, Ian Christiansen of the SWF and Rob Ronci of the Caelus Foundation, to get some deeper perspectives on the report and their research more generally. During our hour-long conversation, we discussed report findings, areas for further research, and even a little bit of rampant speculation. Without wanting to give away too many details, here are some high-level takeaways from our conversation with SWF and Caelus:

Overall, a great interview full of insightful points from our two guests. Moving forward, it seems unlikely that the US-China situation will improve markedly in the short-term. That said, the beauty of the space sector is that there is so much growth, we are in such an early stage, and the industry is already so international that in theory, we might see some norms and standards that allow for greater collaboration between the two countries, at least among commercial companies. Time will tell, but the first step seems to be to improve communication and understanding between the two sides. In this way, a useful first step could be for more US-based listeners to check out the Dongfang Hour, an objective and holistic source for China space industry analysis!