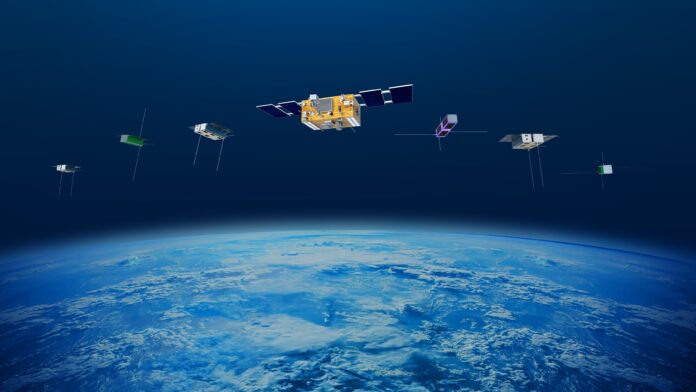 China has seen a boom in satellite manufacturing over the past 6-7 years, with the rise in the commercial space sector more broadly leading to more than 15 commercial satellite manufacturers of widely varying scale and sophistication. Many of these satellite manufacturers are hoping to address demand from China’s April 2020 inclusion of “Satellite Internet” into the National Development and Reform Commission (NDRC)’s list of “New Infrastructures”, with this demand likely to include a Chinese LEO broadband constellation of some >10,000 satellites.

The Dongfang Hour was lucky enough to recently sit down with Dong Lu, Director of Strategic Development at Commsat. Our conversation covered a lot of ground, including discussion of:

Commsat has a variety of activities, and they have these activities spread over a wide area. For example, the company has recently opened facilities in Yibin, Sichuan Province, and Tangshan, Hebei Province. Yibin was chosen due to its proximity to Chengdu, a major city in Southwest China that has a significant electronics industrial base and many excellent electronical engineering programs at local universities. The Yibin factory will focus on the electronical components of the satellite. Tangshan was chosen due to its proximity to Beijing, and will be focusing on developing the satellite busses. Both local governments have provided some incentives.

Dong Lu also provided some interest insights on the evolution of the relationship between China and Europe in the space sector. Having studied in Europe for his Master’s and Doctorate degree, Dong Lu noted that there has always been significant activity between China and Europe in the space sector, but that this has changed in recent years, with a broader variety of European companies coming to address the Chinese market, and with bigger projects being done by China with Europe as a smaller partner.

Another clear takeaway was the pride that Dong Lu showed in the growth of the Chinese space sector, and the evolution of the Chinese space program. As someone who graduated from undergrad in 2005, Dong Lu has seen China’s space sector exceed even his wildest expectations from 10 or 15 years ago, and the sense of pride and happiness was both justified and impressive to see.

Overall, an excellent discussion with one of the most interesting characters in the Chinese space sector. We found it highly insightful, and we hope that you do too! If you like it, feel free to share, like, or follow.