China and Russia’s Lunar Ambitions: A Year of Big News 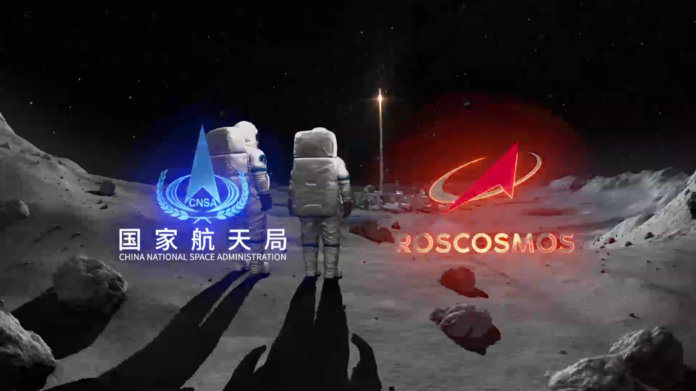 The past decade or so has seen a major increase in interest to put humans back on the Moon. The most ambitious and flashy plans are mostly from western players such as SpaceX, but more recently, we have seen China and Russia increase and better-define their Lunar ambitions. In June 2021 at the Global Space Exploration Conference (GLEX), China and Russia jointly revealed a roadmap for a future International Lunar Research Station (ILRS) dedicated to scientific research.

China and Russia had already announced their intention of cooperation in March 2021, with a signature of a Memorandum of Understanding, though as we noted at the time, MoUs have pretty limited meaning in terms of being legally binding, or even representing a project that is in a well-developed stage. The more recent roadmap does, however, appear to be pretty well-defined, and the ILRS project seems to be picking up momentum. Although initiated by the CNSA and Roscosmos, the cooperation project is declared to be open to all interested international actors.

Interestingly, a video published by CNSA at the time of the ILRS announcement (in English) gave homage to previous missions such as Apollo-11, but also mentioned that, “this time, we come with greater courage, stronger determination, and more ambitious goals, and we are no longer satisfied with simple visits, we are here for the long-term exploration”. Indeed, it looks like China is planning to create a semi-permanent or permanent presence on the Moon in partnership with their Russian counterparts.

The ILRS project will be carried out in three phases: 1) Reconnaissance, 2) Construction and 3) Utilization.

In between the Reconnaissance Phase and the Construction Phase appears to be a several year gap (basically 2026-2029). The video released by CNSA notes that from 2026-2030, Chang’e-8 and Luna-28 missions will be dispatched to the Moon to conduct corroborative explorations, finish technology verifications of the ILRS.

A Competitor to Artemis?

It seems like the ILRS is increasingly looking like a full-fledged competitor to the US-led Artemis program, and it seems that participating countries are either in one project or another. We may see some exceptions:

A significant amount of documentation was released on the ILRS during the GLEX conference, which is a good point considering that a lot of the previously known information on the ILRS was very early stage proposals and only coming from Chinese sources. Now we have documents that are co-authored by both Roscosmos and CNSA.

Overall, we are still a long way from seeing consistent and sustained human presence on the Moon. But with the recent announcements surrounding ILRS, we are at least one step closer, and have another player ready to take the lead on a human Lunar project.