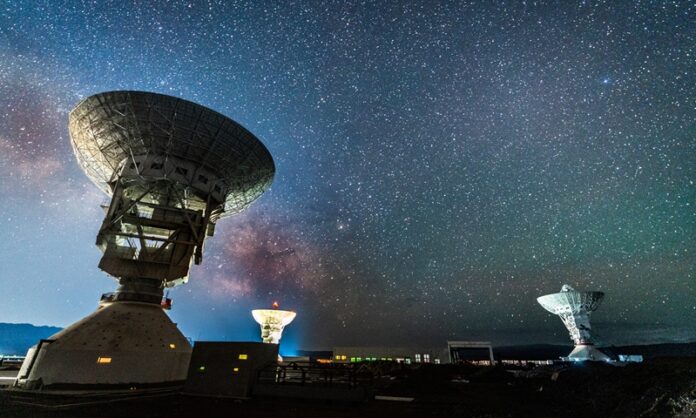 Perhaps the most overlooked aspect of the space sector is the part that is furthest from outer space—that is, the ground segment. While space stations, satellites, and planetary explorers get all the attention, we sometimes forget that these things all need to communicate with Earth somehow, and that there’s a whole infrastructure supporting this critical communication. This infrastructure can, broadly speaking, be divided into user terminals and gateway/TT&C terminals, with user terminals being smaller, simpler, and cheaper, and with gateway/TT&C terminals being large, expensive, and operated by dedicated service providers that maintain large complexes of antennas.

China has seen advancement in both areas, but user terminals have been deregulated for a longer period of time, meaning relatively less growth now. TT&C/gateways, on the other hand, fall under “commercial space”, and thus really only came into existence in around 2014. The past several years have seen multiple commercial TT&C companies emerge, and 2021 has been a big year for them.

The heart of China’s TT&C industry is in Xi’an. The Central Chinese city is home to the largest facility of the China Satellite Launch and Tracking Control General (CLTC), which serves as the nation’s main TT&C center for space missions. When satellites or other objects are launched, or when they need to receive data, oftentimes, it would go through the CLTC in Xi’an.
Up until the mid-2010s, this was about the only option for Chinese space missions. CLTC expanded its footprint via partnerships in countries like Sweden, Chile, and Australia, and most Chinese space missions were state-owned or otherwise run by state-owned companies, so the TT&C business, such that it existed, was primarily CLTC.

Since the mid 2010s, a combination of factors has led to an opening of the Chinese TT&C sector. First, the growth in Chinese commercial space means that there is need for more TT&C services. There are now dozens, and soon to be hundreds, of commercial smallsats launched per year by Chinese commercial space companies. While some of these companies will be able to do business with CLTC, this is likely a rather expensive option, and CLTC has many high-priority missions to be addressed already. This has created an opening for commercial TT&C players.
Second, geopolitical considerations have made commercial TT&C companies more desirable. CLTC is deeply involved with the People’s Liberation Army (PLA), and controls China’s military satellites. As China has become more politically assertive on the global stage, and as space has become more strategically important, CLTC has seen headwinds with partners like SSC, which stopped new business with China in September 2020.

Since the opening up of the sector, multiple commercial TT&C companies have begun to pick up momentum in China. The two most noteworthy are Satellite Herd (航天驭星)  and Tianlian TT&C (天链测控), with both having raised several rounds of financing and established partnerships with a variety of overseas teleports. At the same time, the two companies have provided TT&C services to China’s growing number of commercial satellites.

Satellite Herd was founded in 2016, and has since built a ground station network across China, Europe, Middle East & Africa, and Latin America, either in-house or in partnership with other TT&C companies. To date, the company has provided paid services to 95 satellites + rockets, which puts them in a different position than, say, a commercial launch company that must invest in R&D for many years before realizing any revenues. Most recently, Satellite Herd provided TT&C services to 6x commercial satellites on an 11-satellite Long March-2D rideshare launch in October 2021. This would include tracking the rocket as it launches, and tracking and communicating with the satellites during and after deployment. For each satellite, it would pass over a given area multiple times per day, and companies such as Satellite Herd would collect revenues based on the number of passes (assuming there was a need for communications during the pass).

In addition to booking customers, Satellite Herd has done well in raising funding. This included a “nearly RMB 200M” Series A++ round announced earlier this month, as well as multiple funding rounds in 2020. Funding has gone into a rapidly-expanding overseas ground network, including recent agreements in Azerbaijan and Argentina, both of which occurred before the RMB 200M funding round (i.e. there is room for more expansion following the funding).

Another domestic competitor, Tianlian TT&C, has been less visible than Satellite Herd but has nonetheless been growing quickly. The company announced a RMB >100M round of funding in June 2021, at which time they also noted that they had provided services to nearly 50 on-orbit satellites. The company has operations in Shanghai, Xi’an, and London, among other places, and has a network of 35 ground stations worldwide.

Other commercial TT&C companies include Space Wisdom and Satchain, both of whom are less international than Satellite Herd or Tianlian TT&C, but nonetheless developing at a fast pace.

What to Expect Moving Forward?

The ability to control large space infrastructure worth many billions of dollars is a strategically important capability for China, and this puts TT&C in an interesting position. China’s traditional TT&C infrastructure remains capable, and organizations such as CLTC will likely control the majority of China’s state-run space missions for the long term.

With that being said, recent developments around CLTC and its operational model, combined with an increase in commercial space, have made commercial TT&C more viable. Several Chinese companies have rapidly expanded their operations domestically and overseas, and this is likely to continue for the foreseeable future. As an increasing number of commercial satellites are launched from other countries and regions, these Chinese service providers will likely aggressively target international customers. Another possibility, as we have seen in the west, would be for Chinese big tech firms, in particular cloud computing companies, to partner with companies like Satellite Herd or Tianlian, in a similar way that Microsoft has done with SES.